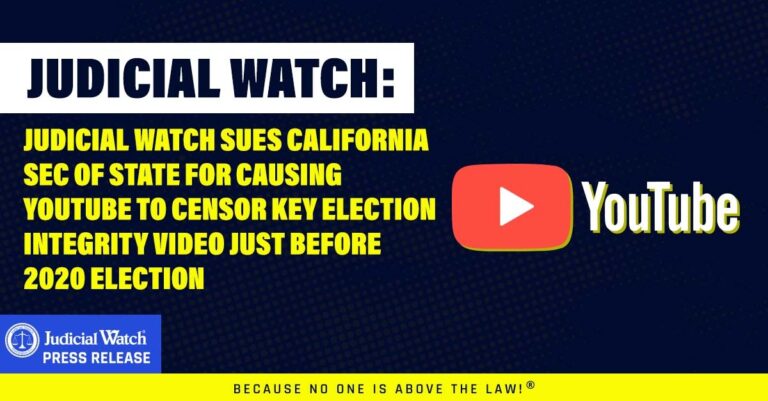 The complaint states that Fitton’s comments were informed by successful lawsuits brought by Judicial Watch against Los Angeles County and Weber in 2017 to compel the county and State to comply with the National Voter Registration Act’s (NVRA) voter list maintenance requirements. For instance, in June 2019, Judicial Watch was informed that Los Angeles County had sent notices to 1.6 million inactive voters on its voter rolls after a settlement agreement had been reached. Prior to the California settlement agreement, Judicial Watch estimated that national census data and voter-roll information showed that there were 3.5 million more names on various county voter rolls nationwide than there were citizens of voting age.

I am reporting the following video because it misleads community members about elections or other civic processes and misrepresents the safety and security of mail-in ballots. Thank you for your time and attention on this matter.

Thanks for reaching out. We will look into this and get back to you as soon as we can.

Later that same day, Judicial Watch noticed that the video had been taken down.

On September 27, 2020, YouTube and/or Google’s Holtermann confirmed to Jones that Judicial Watch’s video had been removed:

Judicial Watch’s complaint establishes that the actions of Weber and OEC violated Judicial Watch’s First and Fourteen Amendment rights, as well as civil rights violations under the California constitution.