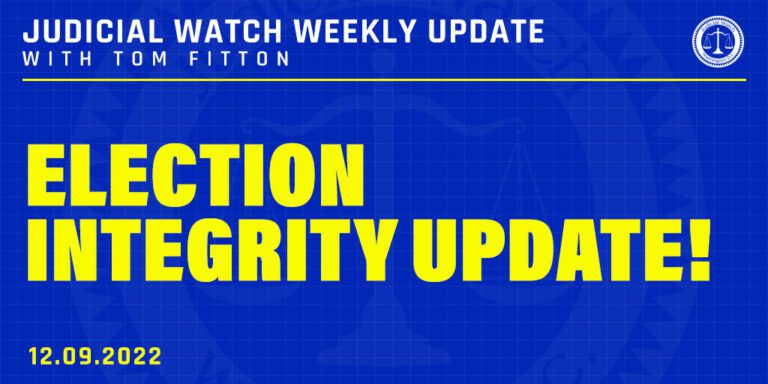 As part of our ongoing election integrity efforts, we had volunteer observers on the ground, monitoring polling sites in Georgia this week during the post-Election Day run-off.

Our legal team monitored Fulton, Dekalb, Cobb, Gwinnett, Cherokee, Forsyth, and other counties. We do this to ensure compliance with state and federal laws. Our observers have monitored many state and national elections and have been certified and served as international election observers.

Georgia has improved its election system in recent years but, as we saw in Maricopa County, Arizona, many problems can pop up.

We will keep you apprised of developments in Georgia, as well as in our many ongoing election integrity efforts across the country.

U.S. District Court Judge John F. Kness conducted a court hearing this week in the case we filed on behalf of Congressman Mike Bost and two other registered Illinois voters to prevent state election officials from extending Election Day for 14 days beyond the date established by federal law (Rep. Michael J. Bost, Laura Pollastrini, and Susan Sweeney v. The Illinois State Board of Elections and Bernadette Matthews (No. 1:22-cv-02754)).

We filed the lawsuit on May 25, 2022. Christine Svenson, Esq., of Svenson Law Offices in Palatine, Illinois, is assisting us with the lawsuit.

On November 11, 2022, Judge Kness rejected a motion by the Democratic Party of Illinois to intervene as a defendant in our lawsuit challenging the Illinois election law permitting mail-in ballots to be received as long as two weeks after Election Day.

Federal law defines Election Day as “the first Tuesday after the first Monday in November of every even-numbered year.” The initial complaint states: “Despite Congress’ clear statement regarding a single national Election Day, Illinois has expanded Election Day by extending by 14 days the date for receipt and counting of vote-by-mail ballots.”