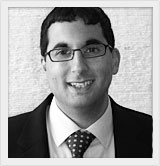 Michael Bekesha is a senior attorney. Since 2009, Michael has litigated over 100 public records cases in both state and federal courts on behalf of Judicial Watch, individuals, media organizations, and other not-for-profit organizations. In addition to government transparency litigation, he has extensive experience litigating accountability and integrity lawsuits in both federal and state court. Michael also has drafted legislation, testified before state legislatures, and filed amicus curiae briefs on behalf of state legislators. He received his law degree from the University of Missouri-Columbia, School of Law in 2009 and received his undergraduate degree in Political Science from Northwestern University in 2004. Michael has been published three times and is a member of the bars of the District of Columbia, Massachusetts, and numerous federal courts, including the U.S. Supreme Court.